Early in December 2011, Mrs. Irmgard L. Mueller, Manager at the Beau-Rivage Palace (BRP) in Lausanne, passed away. To those of us accustomed to seeing her engaged in the bilateral sino-swiss community, this news brought great sadness. She was a consummate professional who was deeply passionate about China and she took her leave with the discretion that was just one of the hallmarks of her engaging personality.

Mrs Mueller’s early interest in the Middle Kingdom was brought out by her contacts with Mr. Helmut O. Maucher, Chairman and Chief Executive of Nestlé S.A. from 1990 to 2000, and with Mr. Onno Poortier who worked at the Beau-Rivage before joining the Peninsula Group. To Mrs Mueller it had become self-evident that the Swiss hospitality industry, and consequently the BRP, should strive to take part in the period of growth that had taken-off in China. Thus, in the late 1990’s she, of her own initiative, organised her first visits to the country. She met with a number of leaders and managers, notably in the hospitality and tourism industries, and began to build an extensive network. At the same time, she set herself diligently to adding Chinese to the ten or so languages she had already mastered. She took particular pleasure in the time that she could spend with the Chinese interns at the hotel. For the Chinese New Year, she would send out a large number of greeting cards, which she insisted on personally writing in Chinese.

She did not shy away from using her newly acquired language skills to welcome, with great warmth and courtesy, her Chinese patrons, including a number of Ministers, business people and tourists, to the Beau-Rivage. Indeed, in 2003 she even had the opportunity to welcome the President Hu Jintao to the BRP. These many visitors were all won over by the lady that they knew by her Chinese name: Mrs Mei Le. She became a friend to them, a point of reference and an ambassador for Swiss excellence. 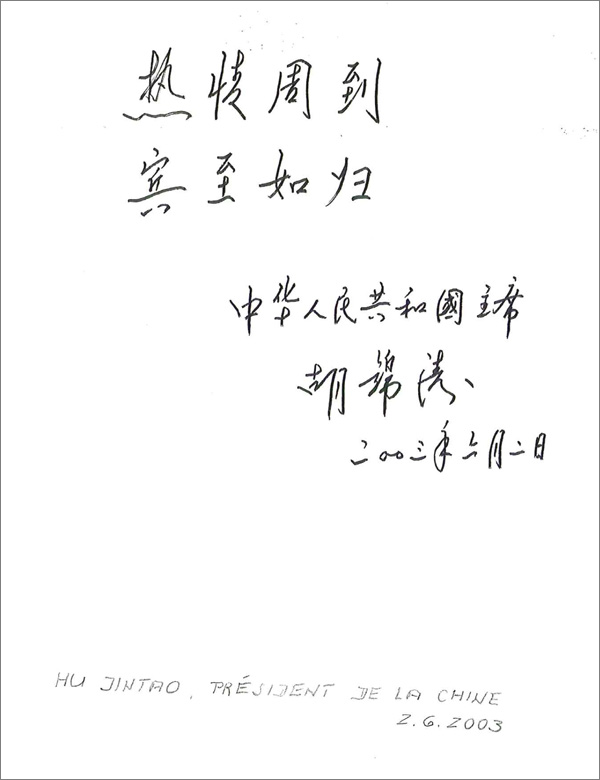 Born on the 1st of May, 1938, she worked at the Beau-Rivage Palace from 1969 until her passing, residing at the hotel itself for thirty of those years. As a true professional she kept her eye on every detail, managing to welcome, organize, support and respond in an environment where expectations are particularly high. Both the Swiss Chinese Chamber of Commerce, where she joined the Board of the Geneva chapter in 2003, and the Swiss-Chinese Association – French Speaking Region, where she was a member, benefitted from her invaluable and generous support in organising a great many conferences and in hosting delegations at the BRP, as well as from her active participation in the events organised by these two associations. Her commitment was as deep as it was unflagging even though Mrs Mueller pursued a great many other activities at the BRP and her many other personal interests, such as in the Arab world and India, with just as much passion and devotion.

Following Mrs Mueller’s death, both these associations and the BRP received a great number of sympathy messages from China and from the bilateral community. This only serves to underline the unique and special role that Mrs Mueller played in the relationship between our country and the Middle Kingdom. At times, to explain the special relationship that she had with China, she would say that she must have been Chinese in a previous life. In her honour and following the Chinese tradition, we should not forget to burn some joss paper to ensure a serene onward journey for her soul that was as much Chinese as it was cosmopolitan. 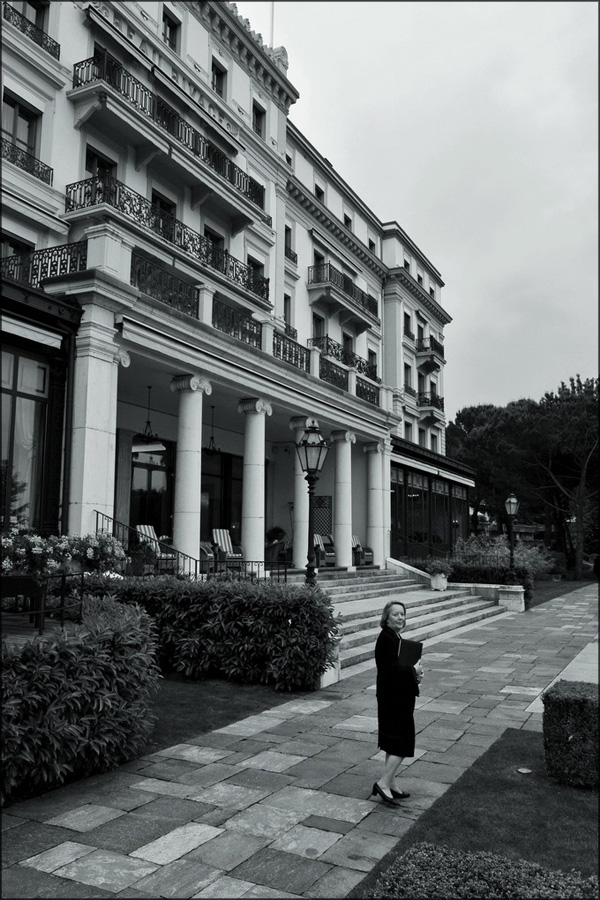 With our sincere thanks to Mr François DUSSART, General Manager of the Beau-Rivage Palace Lausanne and to Mrs Sylvie GONIN, Head Concierge.

French version in n°1//2012 of Ruizhong, publication of Swiss-Chinese Association.